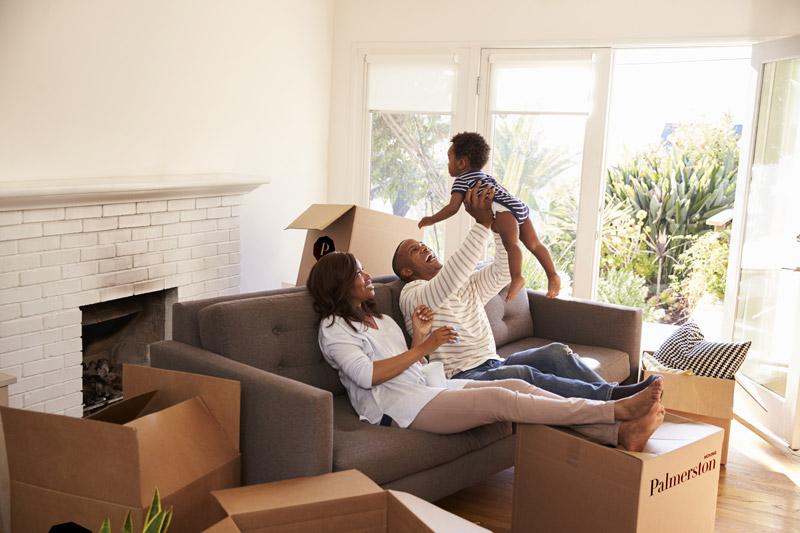 The best moving companies in Oakville according to Google Reviews and Yelp in 2019 are described in this thoroughly detailed list. Whether you are looking for local or long-distance moving companies in Oakville you can rely on this list to help guiding you through the several options available in the Oakville area.  These Oakville movers are popular for being effective, professional and most importantly fairly priced. They are the best fit for long or local movings. Movings from Toronto to Oakville or the other way around, from Oakville to Toronto and will at least lessen your stress.    Here are the top picks for the best moving companies operating in Oakville.

Former Royal Vision Moving, Palmerston Moving is currently the best option for business or home, long or local distance movings from or to Oakville in 2019. Palmerston Moving was planned and drafted to be the best and they are. They protect literally everything: the stairs, the doorways, the furniture, and all of your super fragile and cherished belongings. This moving company offers white-glove moving services such as packing and unpacking, storage and delivery or even single-piece furniture delivery from Toronto to Oakville, or from Oakville to Toronto. At this point you might think ‘this certainly come at a high cost’, but not at all. Their rates are fair and the quality of service is exceptional giving them a solid 5 stars feedback from clients both in Google reviews and Yelp. Kudos to Palmerston Moving!!!

Our Yelp reviewers say that ‘they weren’t the absolute cheapest quote that we’ve got, but close to it’. As any other large moving company in Oakville they provide support by email and phone along the whole process. For what we could see in Google reviews they are also very transparent. These guys have been around providing moving services in the GTA and therefore also in Oakville since 2010. You should notice that they use to require a minimum of 4 hours service, so if this is a quick delivery in Oakville that you need, you might have to look into another moving company.

Best Moving company in Oakville #4
In & Out Moving

Serving the GTA for over 7 years and also operating in small moves in Oakville, this moving company offers a wide range of services like packing / unpacking, furniture assemble, and supplies. According to the reviews in Google and Yelp their staff will help mostly with small movings, however they are known for having a very positive attitude throughout the process.

My Ninja Movers are one of the few movers who let us know their pricing right away in their website – and for that they are certainly loved. They have different moving service plans: ninja specialist for small apartments; ninja beast team for condo or apartment for regular size or a ninja swarm. These Oakville movers have an easy booking method online and all their price are transparent and online so you can have a pretty good idea of costs before you even call.

This moving team is pretty new having serviced the GTA but also Oakville both in commercial and residential moves since 2016. Yelp Reviews let us know that the Travel time and a fuel surcharge are charged additionally depending on where you’re located in Oakville. Their truck is not the largest but their pricing seems pretty fair and up-front.

Rent-a-son is actually a GTA moving company that has been around for the last 20 years. Since they have also serviced Oakville we found it would be fair to add them to this list. Reviews on Google and in Yelp states that they are a very friendly and positive staff. Besides having one of the highest rates in this list, clients are willing to call them again and referring their moving services in Oakville to friends and family.

If you need moving boxes and moving / packing supplies, Frogbox has certainly got you covered. They offer a fair range of boxes that you are able to pick-up at their location (or simply have them delivered to your location depending on where you are located)  and then after the moving they will come and collect it – simple like that. Apart from the boxes and supplies business they also offer moving services but their availability for movings within Oakville should be consulted.

Latest Google reviewers say that Your friend with a Cube Van does not bill travel time or fuel within downtown Toronto – we cannot tell from what we read if this also includes travels in Oakville. From users’ reviews we could see that they do long distance moves such as from Toronto to Ottawa, but also from Oakville to Toronto.

NOTE: Most of the best moving companies in 2019 displayed in this list are based in the GTA and have provided moving services in Oakville on a daily basis – hence they are here considered Oakville movers.   All these assumptions are being based on the Google Reviews and Yelp Reviews written by users and freely put available by Google and Yelp as of October 2019. They can (and should) be double-checked online for any changes.  This article was not written by Palmerston Moving, but has been provided to Palmerston Moving by as a courtesy.